From broadcast news to the future of factual

Working in partnership with Rudd Studio, we created a new positioning and visual identity for ITN – their first major rebrand since 1970.

65 years at the heart of our national story

ITN has been central to Britain’s political and cultural life since 1955, broadcasting daily news and current affairs shows across the ITV network, Channel 4 and Channel 5. Always embodying the highest public service standards of accuracy and independence, ITN also earned a reputation for innovation and audience engagement, pioneering much of the world of news we know today – with the first live newscasters, the first women reporters and presenters and the first warzone coverage.

Today, ITN is building on its reputation for impartiality and innovation in news and current affairs and expanding its offering into documentaries, sport, short-form and branded content. The ambition is to broaden ITN’s reach and range, to embrace the explosion of new routes to market across global streaming services and help shape the future of factual.

This strategy calls for three shifts in business culture and market positioning: from specialist news to all-format factual, from traditional broadcast to multi-platform, from dedicated UK to genuinely global.

The old ITN brand, with its famous linked letter forms, had been in place since 1970, with only minor changes over the years, making it one of the longest standing brands in UK broadcasting and something of a cultural icon. For all its solidity and power, research showed that the brand was locked in the past and too closely associated with ITN’s news output.

The time was right to make a change and, together with our partners at Rudd Studio, we were brought onboard to create a new positioning and visual identity to signal ITN’s ambition.

Working with leaders, employees and customers, we created a new brand positioning built around the purpose statement and strapline – “Truth to Life” – to signal ITN’s shift from pure news to all format factual and emphasise their ability to tell true stories with more emotional intelligence and impact. We knew this mission to bring the truth to life had the power to unite all parts of the organisation around a compelling and differentiating commercial proposition. At the same time, it would also underpin ITN’s determination to be a force for good in the world. 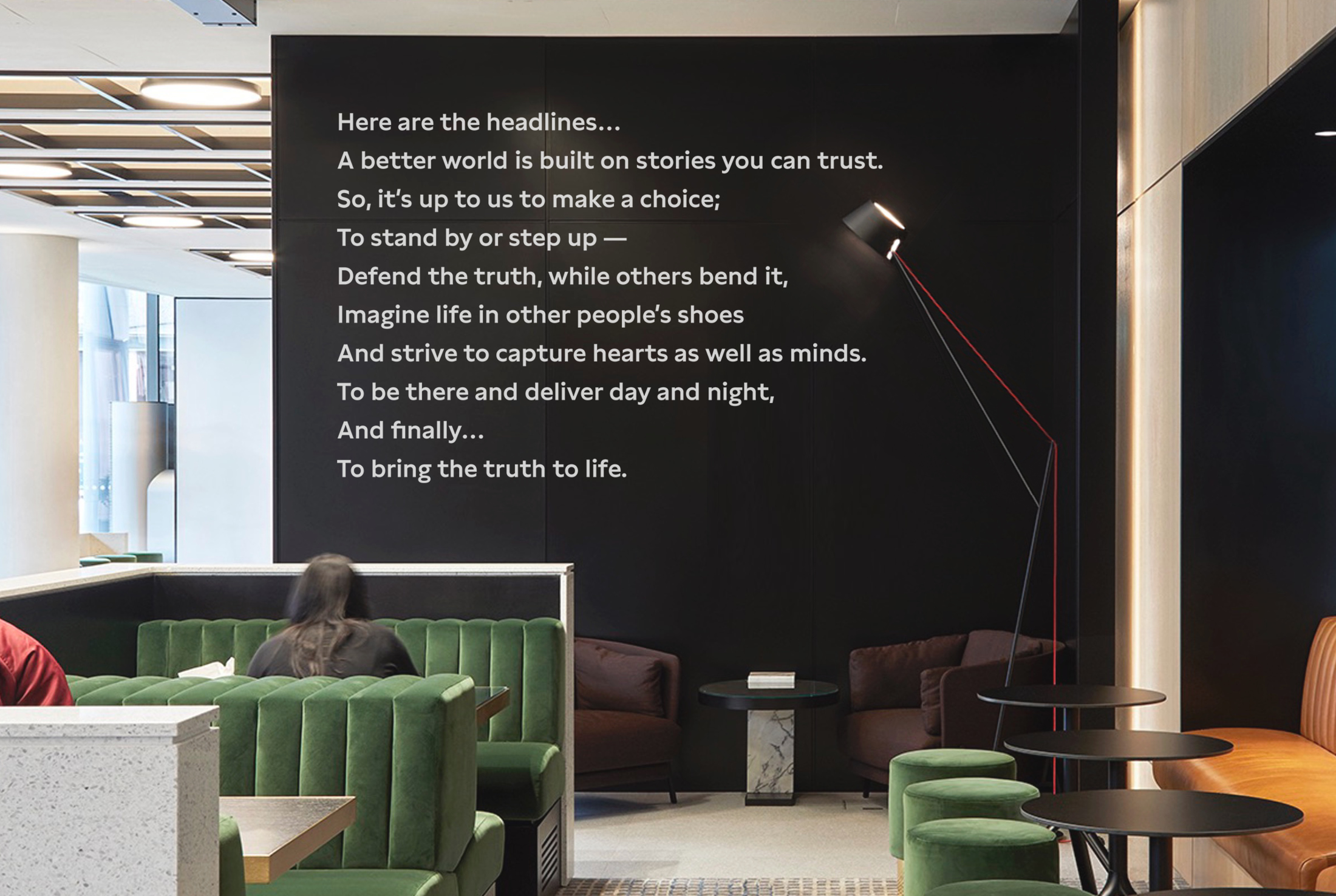 We bring the truth to life

A better world is built on stories you can trust

We are ITN, an independent production company built on 65 years of seeking and sharing the truth. Whatever we do, we’re driven by the simple belief that a better world is built on stories you can trust. We continue to earn that trust by being accurate, transparent and impartial and by keeping our promises. And we make our true stories count by stepping into our audiences’ shoes using empathy and imagination to create a deeper connection. We call it bringing the truth to life.

Our new visual identity takes the idea of bringing truth to life and builds on the strength of ITN’s old logo to create a new mark that reacts to the world around it. We kept the original, simple ITN letterforms to signal a continued dedication to accuracy and impartiality. But this time we set free the rigid, angular line around the letters so that it can move and respond like a living cell. It’s a way of showing how ITN connects with and adjusts to different audiences without undermining its commitment to the truth.

While at rest, the new logo is a simple, single-colour, soft diamond shape. But as soon as there’s any kind of stimulus it comes to life and the line around the letters splits into three, in red, green and blue: the primary colours of light and the essence of everything we see in the world and on screen. 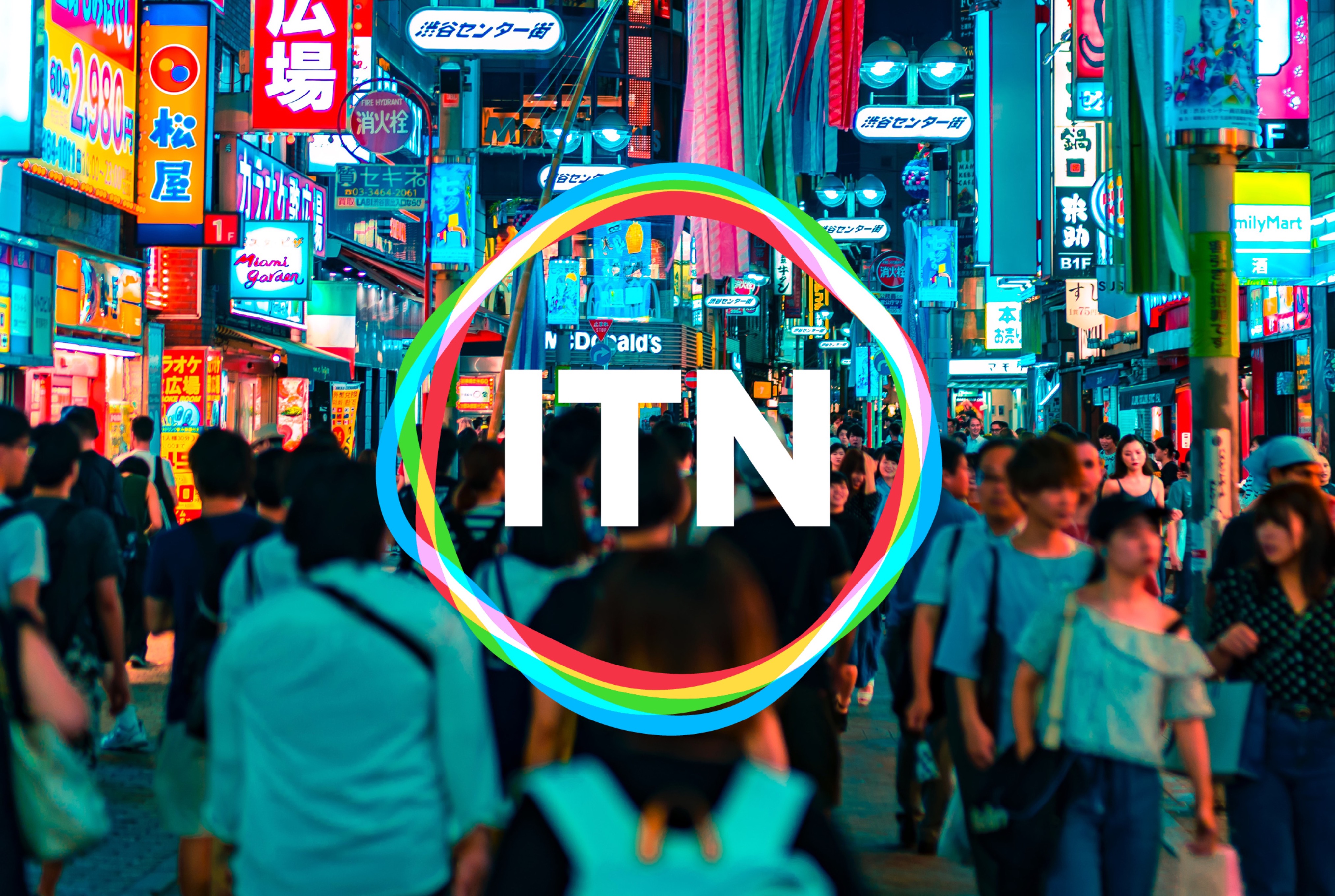 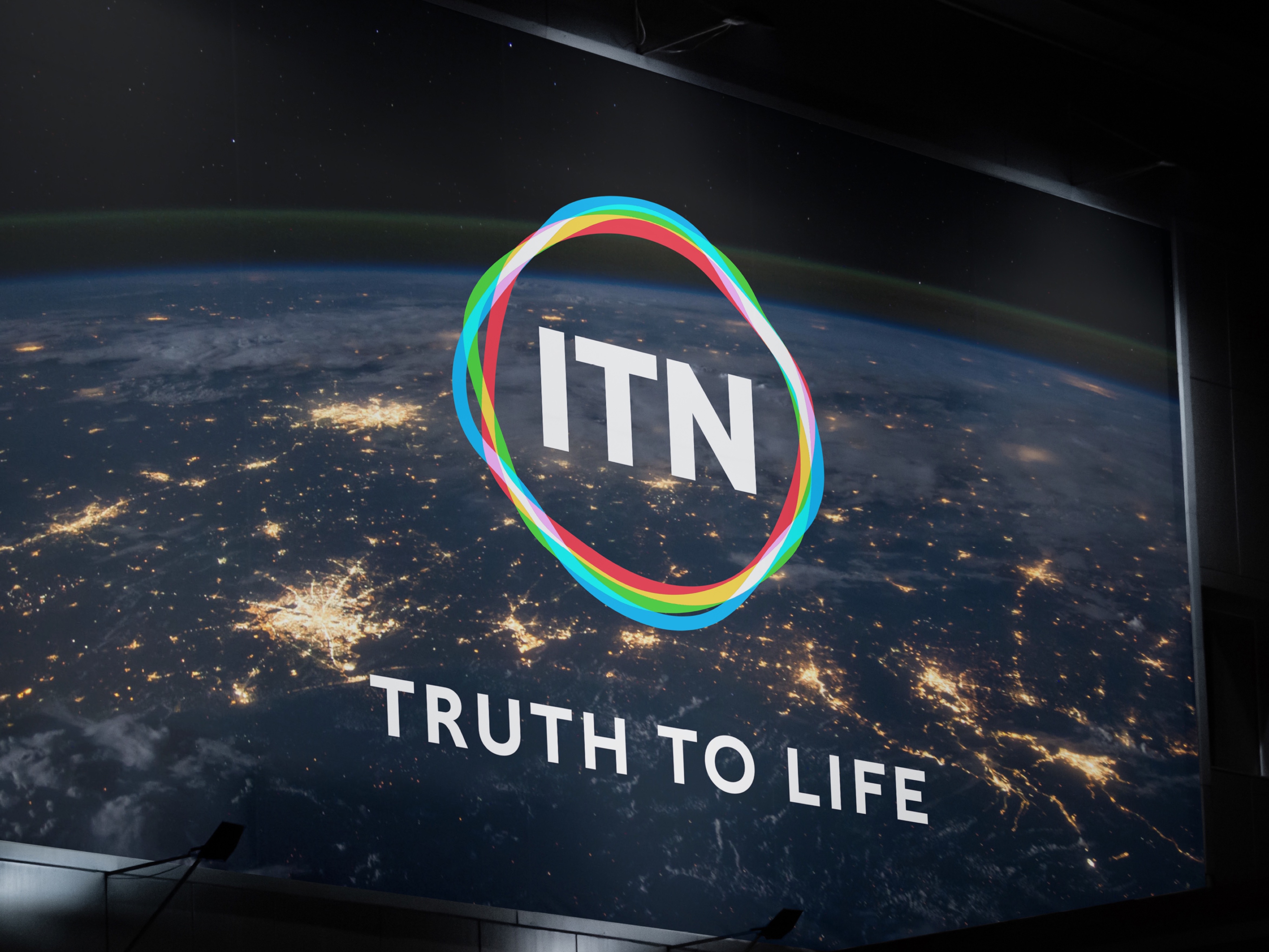 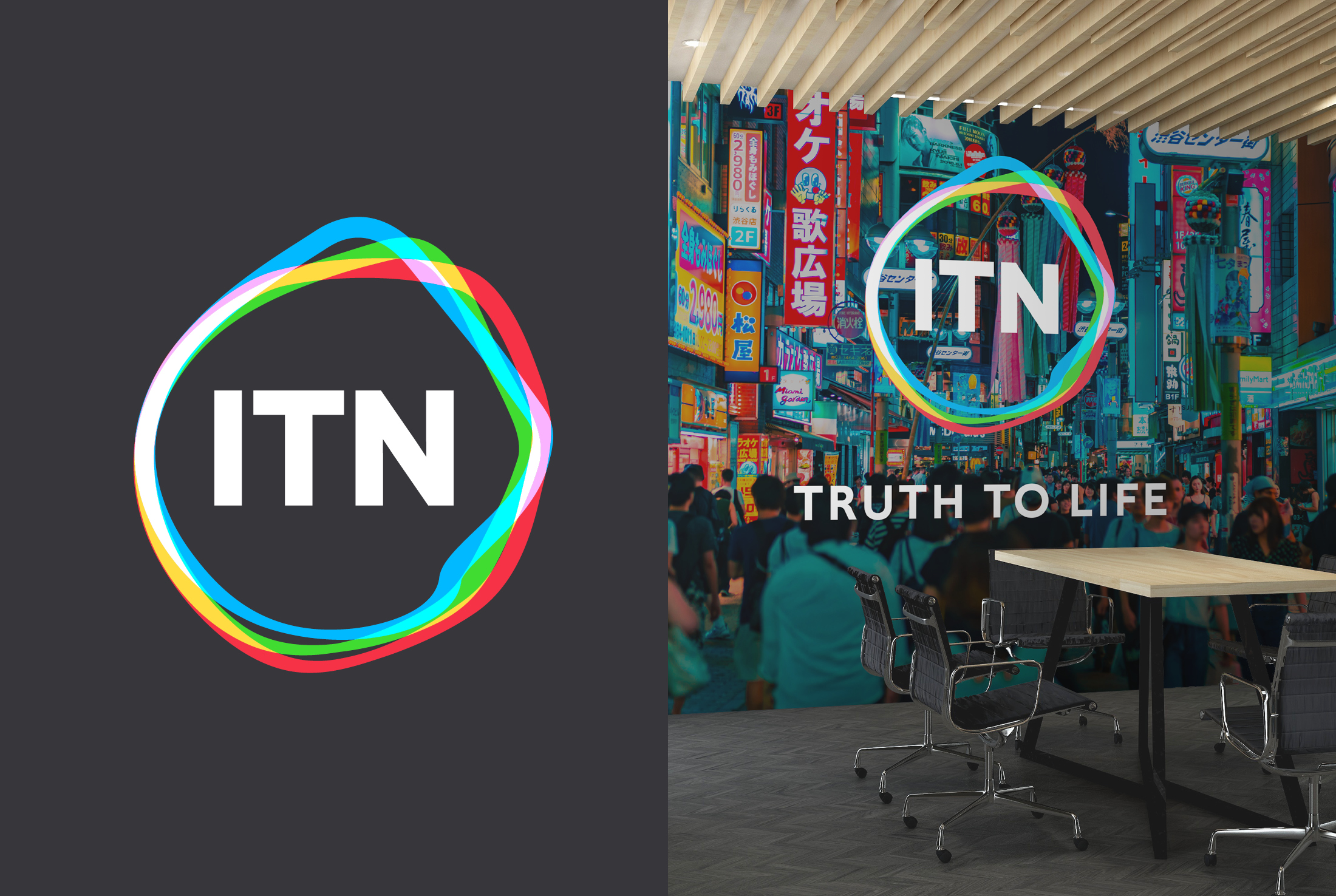 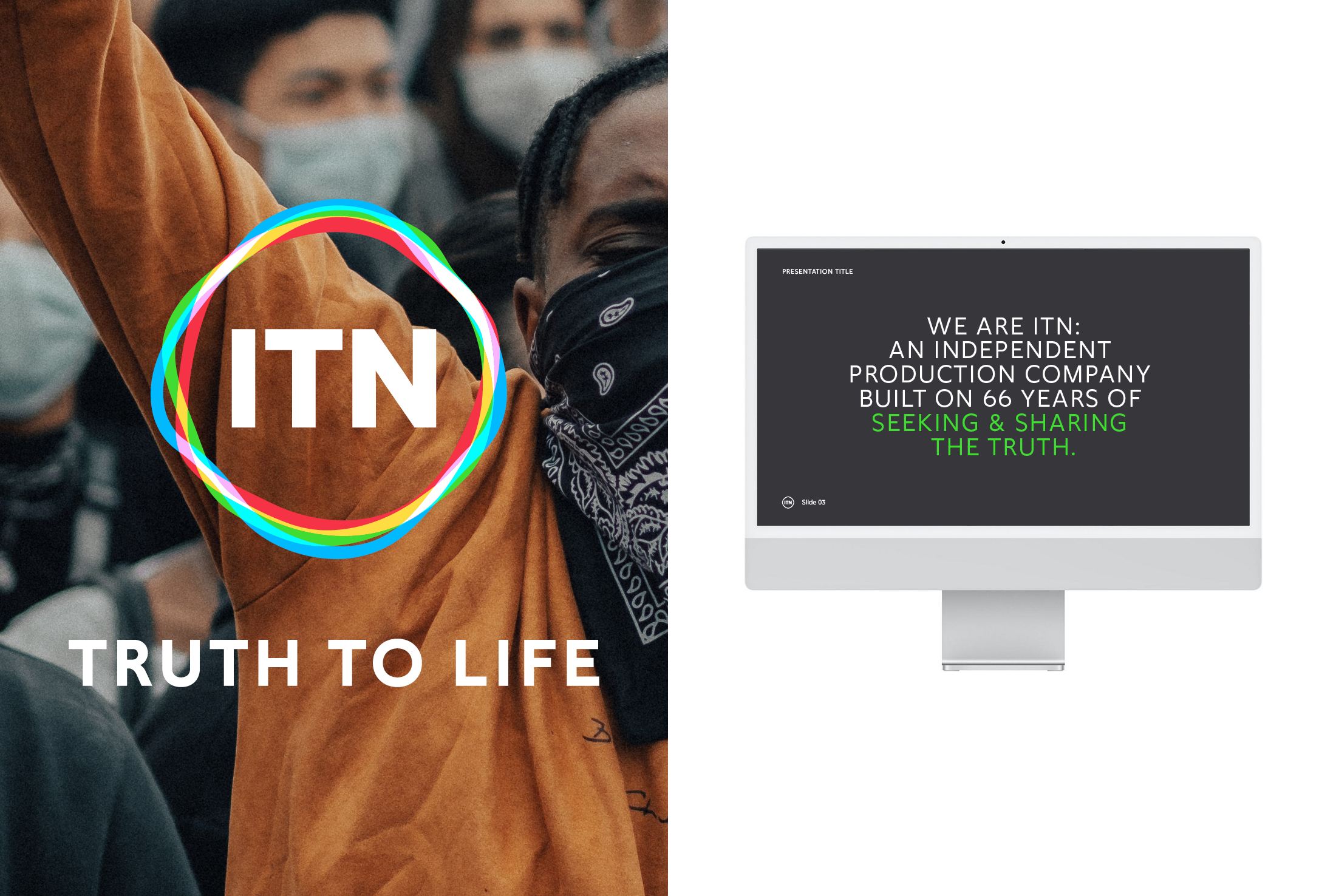 “Undivided and Rudd Studio were impressive in the way they really got under the skin of ITN, engaging with staff and stakeholders to truly understand our purpose and personality. It's been a creative, rewarding and hugely enjoyable partnership and we couldn't be happier with our new identity, which excites our people and positions ITN for future success.”

A special thanks to Matt at Rudd Studio for being such a fabulous partner and friend. We worked closely with ITN’s Lisa Campbell, Director of Corporate Communications and Head of Brand Communications, Ben Haynes. Thank you to them both for their vision and ambition and for welcoming us into the ITN team.

Positioning, story and identity for an arts centre on a mission to open its doors wider than ever before 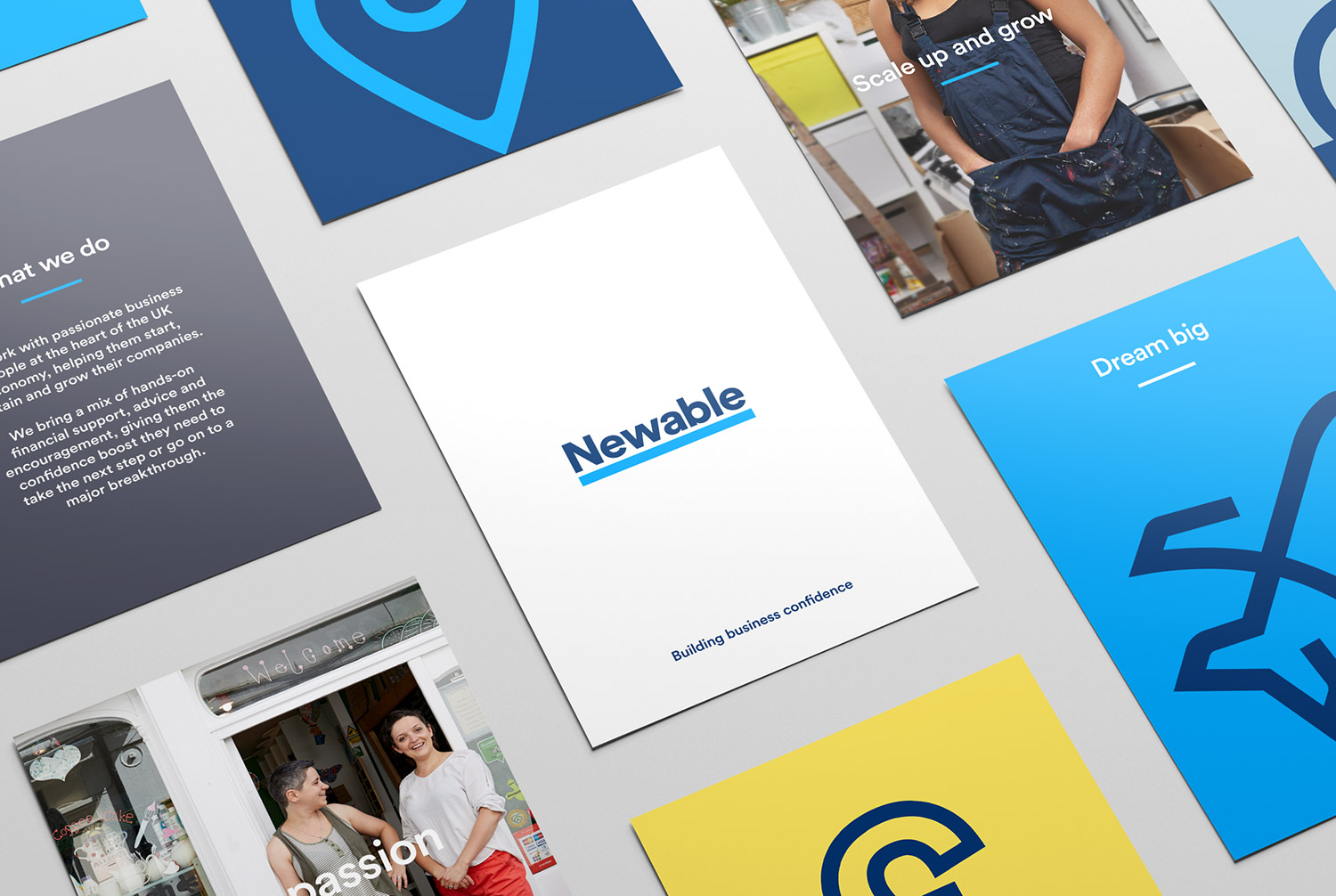 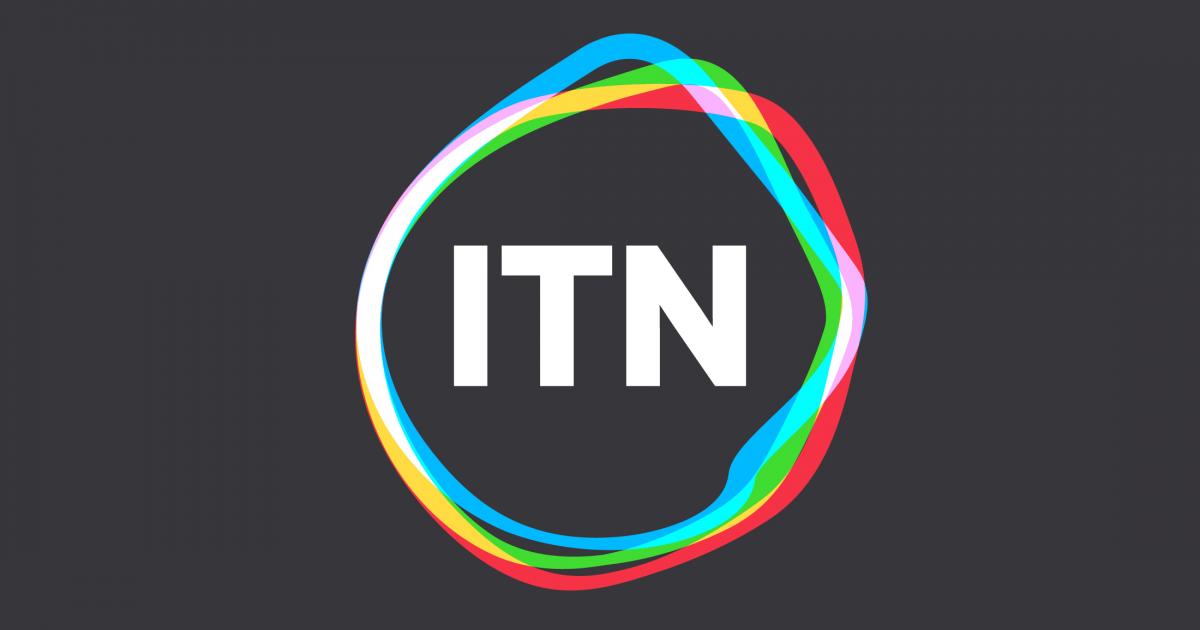